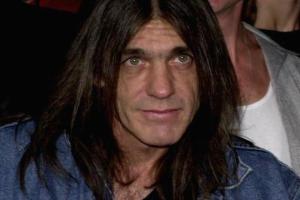 Nearly four decades of arenas filled to the brim with sweating bodies, screaming lyrics in harmony and raising hands in the air, index and little fingers standing high showing off the “devil horns” doesn’t begin to cover the influence of an iconic band.

With a new album on the horizon, what is considered one of the greatest rock ‘n’ roll bands shocked fans with unexpected news; one of their founding members was leaving the band.

AC/DC, an Australian hard rock band dating back to the 70s’, announced in September 2014 founding guitarist Malcolm Young, 61, was officially leaving AC/DC after taking a break from the band for a few months due to illness. On Sept. 30, Rolling Stone reported Young’s family confirmed Young’s illness as dementia.

Dementia, as defined by the Alzheimer’s Association, is the decline in mental ability severe enough to interfere with daily life. Though Young’s type of dementia has not been made public, some overall symptoms include decline in memory and thinking skills. The most common form of dementia is Alzheimer’s disease which accounts for 60-80 percent of dementia cases. It is not known how long Young has been effected but it is a sad day for the rock ‘n’ roll community to face the harsh reality that even those that life catches up with those that lived fast and survived to tell.

Young founded AC/DC along with his brother Angus Young, who’s best known for his photogenic snarl and prep school uniform, and recruited Bon Scott as vocalist, Philip Rudd as drummer and Mark Evans as bassist.

AC/DC may have been successful in Australia but it wasn’t until 1979’s Highway to Hell that America took notice of the heavy rift and growling vocals. Success could have ended just as quickly as it was gained when in 1980 Scott died after a round of binge drinking. Brian Johnson replaced Scott two months after his sudden death and touring for Back in Black began four months later. What followed was over three decades of albums, hits, and touring that have made AC/DC on countless lists of “Rock’s Greatest…” and one of the best selling bands in the world.